An art deco masterpiece, Rockefeller Center was the largest private building project ever undertaken. It represents the commercial and artistic vision of John D. Rockefeller, and demonstrates what money and taste can produce. This project brought together architecture and urban planning, intellectual programs on the history of human progress and rich, theatrical ornament. It was erected despite political intrigue and the upheavals of the Depression, which makes it all the greater miracle.

Dr. Seth Gopin is a man of a great many interests and talents. During his 30 years at Rutgers University, he was a gifted lecturer in Art History and a popular dean of academic affairs. He also served as the Director of Global Studies, which made him Rutgers’ ambassador to the world. After his retirement in 2007, he worked for the Dalai Lama and the Tibetan Government-in-Exile as editor of their North American Newsletter. The French prime minister knighted him for his groundbreaking work in popularizing the history of the city of Paris to Americans. In recent years he has renewed his interest in architecture and urban planning. He loves the intersection of art, history, and culture, as is evident in the many lectures he has given aboard Cunard ships and in his most recent book, Skyscrapers of New York.

For tickets, please head to: https://bit.ly/2ATBNEK 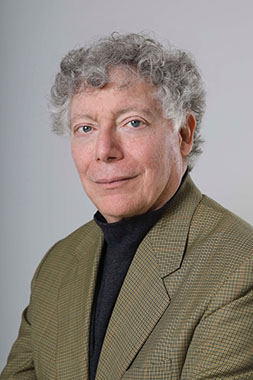